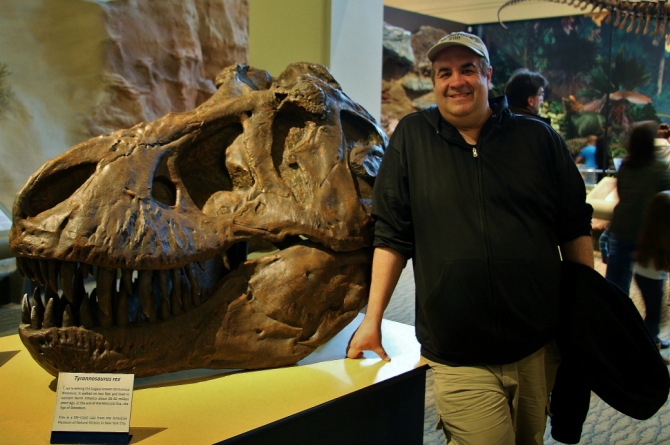 The first large room dedicated to dinosaurs at the Carnegie Museum of Natural History featured two of the most famous Sauropods, Diplodocus and Apatosaurus. The two often get mixed up but Diplodocus was a longer animal while Apatosaurus was larger. 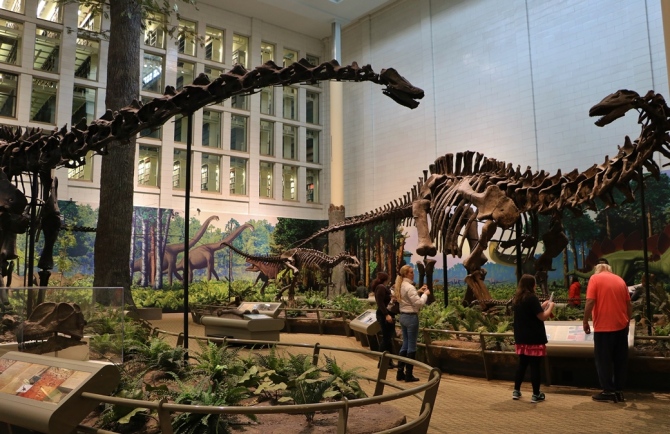 When I was a kid, my favorite dinosaur was Stegosaurus. I think it might have been from watching Disney’s Fantasia when I was a kid and seeing one duke it out with a T-Rex. Of course, that was a huge screw up on Disney’s part as there’s actually less time between our existence and T-Rex than there was between them and Stegosaurus. Saying those two animals were never on the planet at that same time is an understatement, to say the least. 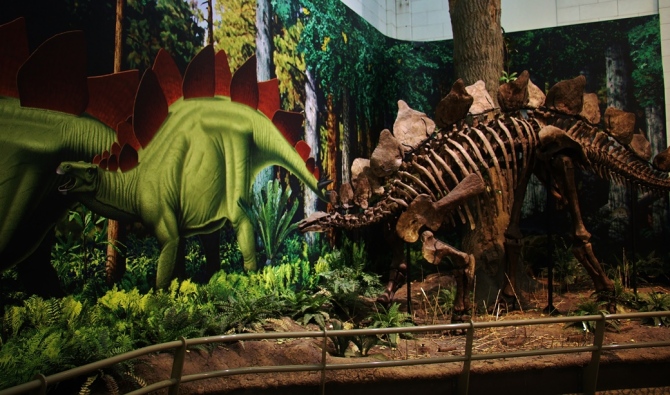 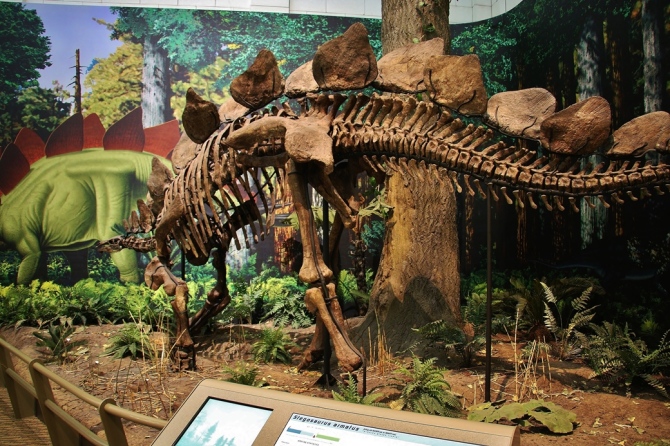 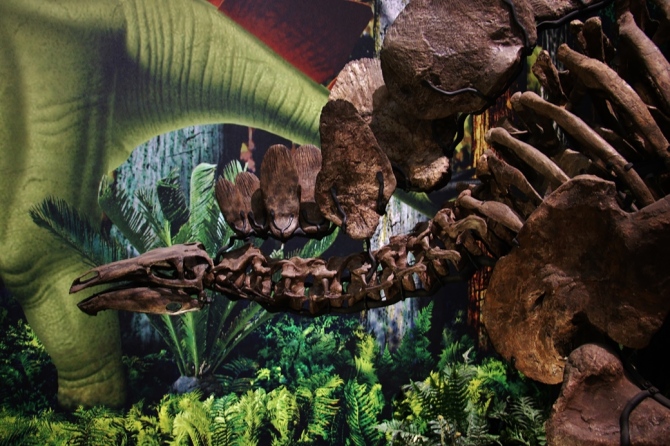 As an adult, however, I find myself fascinated with the Ceratopsians. Most of us grew up with Triceratops and even the Dr. Alan Grant character in Jurassic Park cites it as his favorite. The fact is, it’s the largest of a very diverse family of dinosaurs often featuring ornate head gear. I have a long shelf featuring different Ceratopsians at home and no two models depict the same species.

Some of these newer finds were featured at Carnegie, including one that wasn’t identified but I’m pretty sure was Diabloceratops. That’s one advantage of model collecting, you really learn your dinosaurs! I’ve never seen one of its skulls in person and was pretty amazed how much smaller it was compared to the Triceratops specimen standing in the same room. That makes sense as Diabloceratops was believed to have reached eighteen feet long while its larger cousin was an impressive twenty-six. 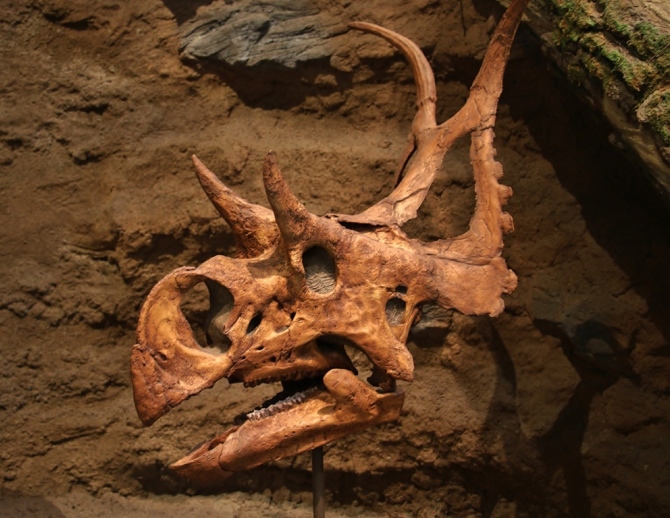 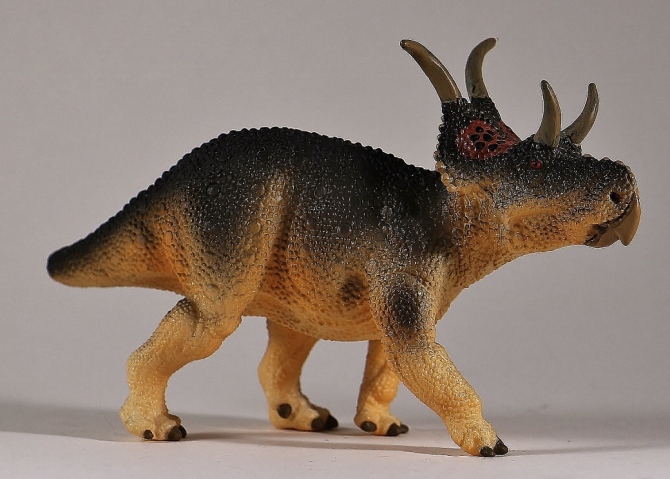 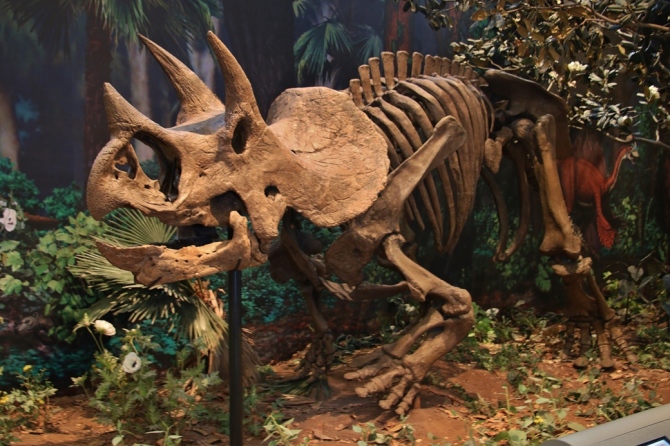 Overshadowing the ceratopsids was the “tyrant lizard king,” himself, Tyrannosaurus Rex. The museum had two (one authentic and one a cast) displayed together in such a way as they appeared to be “interacting” with each other. Below them was their “kill,” a duck-billed dinosaur. 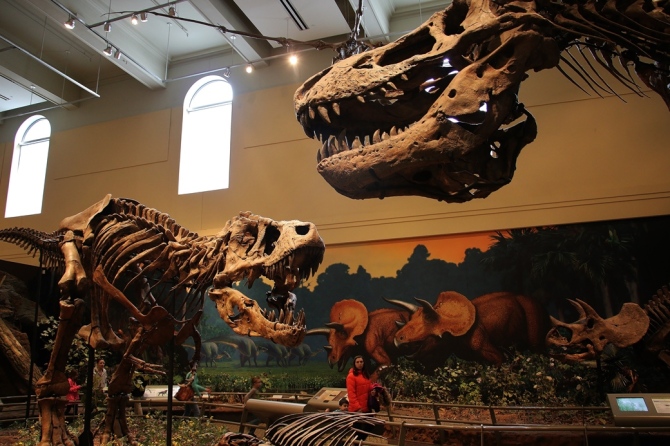 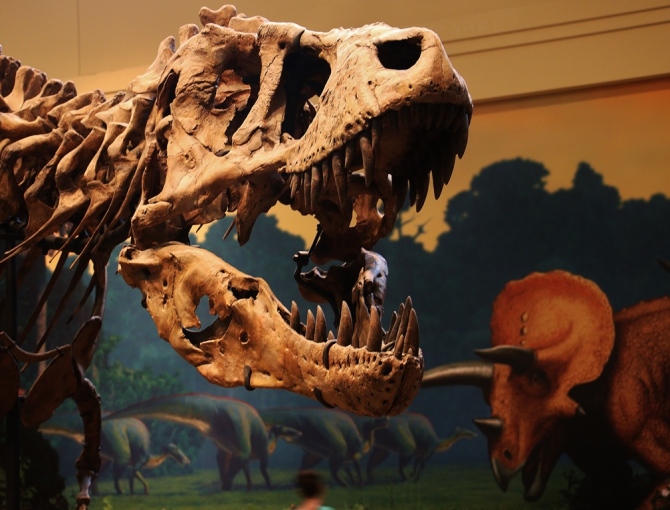 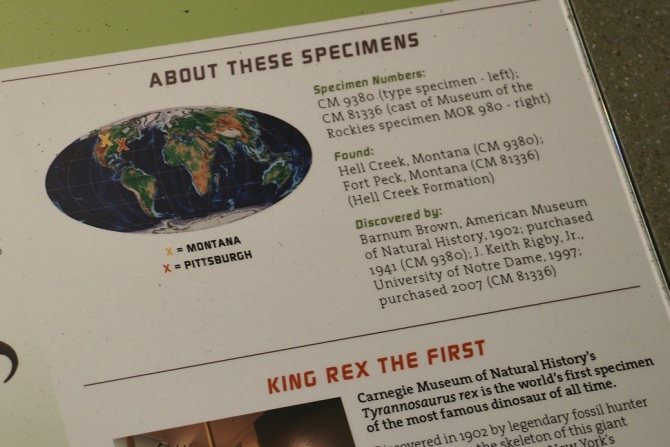 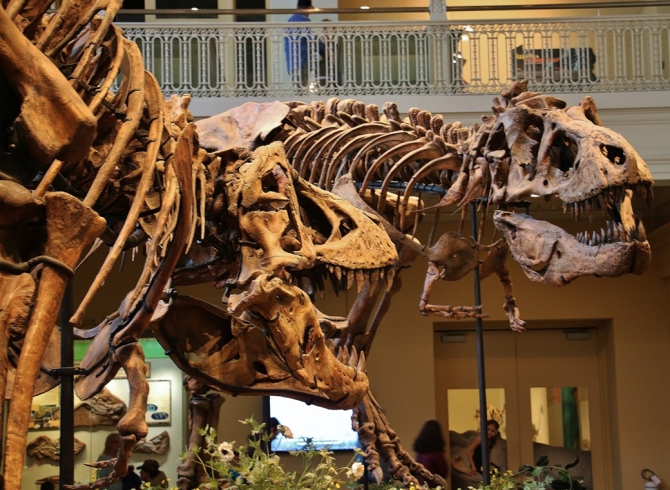 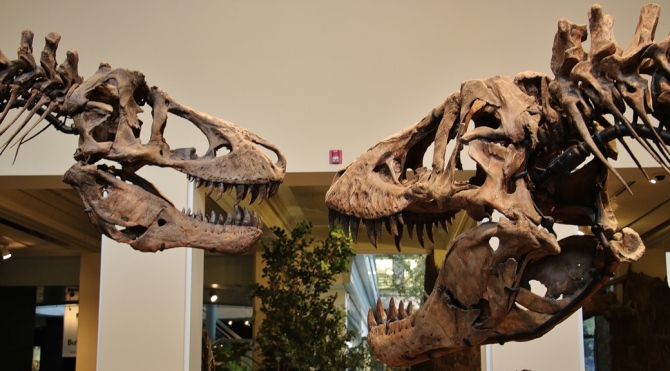 As with the previous room, guests could go upstairs and get an aerial view of this exhibit, along with a good look at their Quetzalcoatlus (one of the largest known pterosaurs) hanging above. 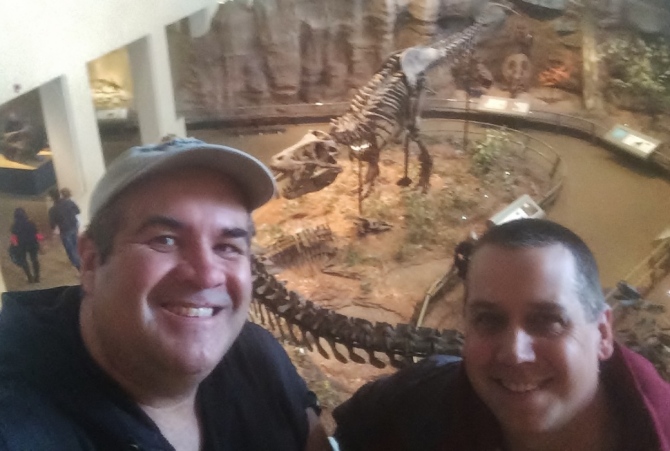