While traveling through the Southwest in 2016, I stopped off at the New Mexico Museum of Natural History and Science in Albuquerque. The purpose was to see their traveling Buzzsaw Sharks of Long Ago exhibit currently featured at the University of Texas in Austin. It featured Helicoprion fossils as well some fantastic life-size sculptures and over twenty original works of art courtesy of Ray Troll. Though it was ancient sharks that originally drew me to this Prehistoric Pit Stop, they had a pretty nice fossil collection of their own, including yet another cast of Tyrannosaurus Rex, “Stan.”

I didn’t know it at the time, but this would be the first of two Stans I’d see before the 3,000-mile road trip was over – the second I discussed in an earlier post on the Rocky Mountain Dinosaur Resource Center in Woodland Park, Colorado. There are currently about thirty casts of this fossil worldwide with the original at the Black Hills Institute of Geological Research. I should note that they are not all displayed the same. 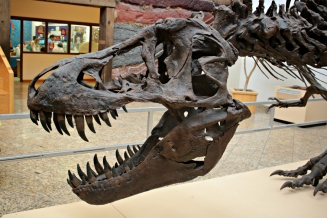 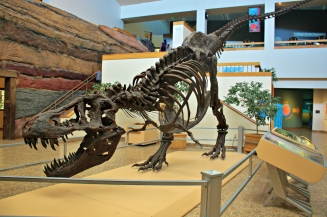 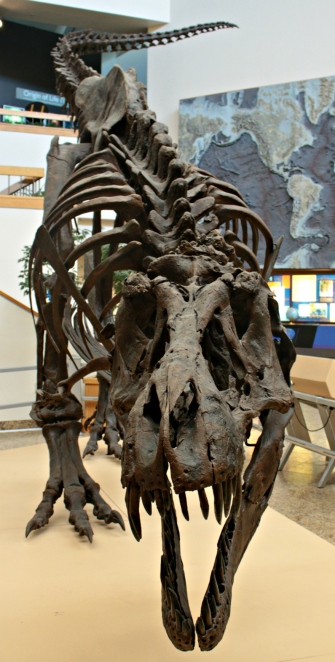 The museum itself was nice and guests were welcomed by two dinos right outside. 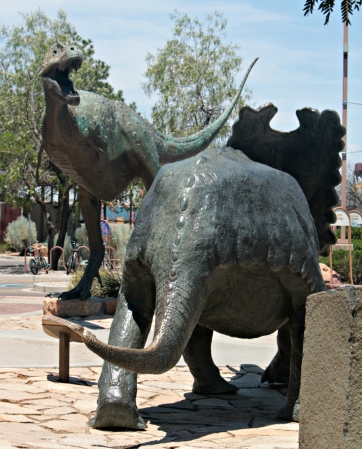 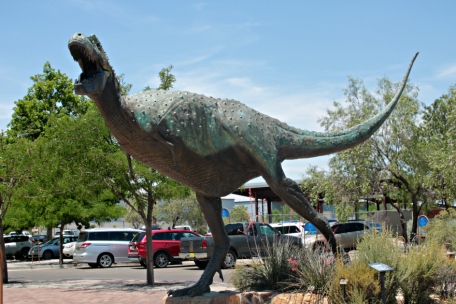 One thought on “T-Rex “Stan” at the New Mexico Museum of Natural History and Science!”