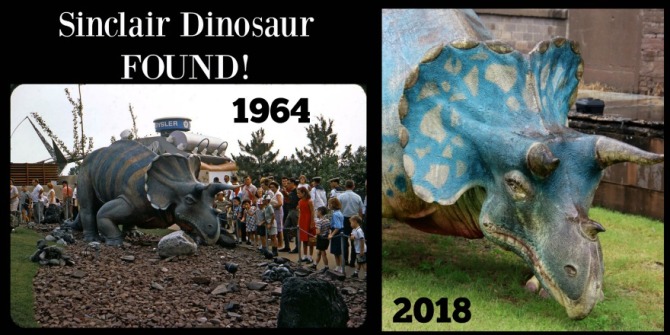 In 2016 I posted about the Sinclair dinosaurs featured at the 1964 New York World’s Fair and my quest to eventually track them all down. In some ways, it was a celebratory blog as I’d just seen the first two outside my Chicago where “Archie” the duckbill has resided since I was a kid. Finding the T-Rex and Apatosaurus in Glen Rose, Texas was great but not my first attempt at finding one. Earlier in 2015, I was traveling through Louisville and searching all over an industrial park in search of the elusive Triceratops. This dinosaur spent some time in the Louisville Science Center before being sent into “storage” a.k.a. a parking lot in an industrial park. At the time, I was on a tight schedule and unsuccessful in finding the Triceratops in the short window I had. I’m happy to say that my second attempt last weekend was much more fruitful.

Using the directions from one of my favorite sites Roadside America, and the sharp eyes of my daughter, Jade, 2018 was my year. It was definitely a combination since despite using GPS, I still managed to pass my turn. I blame this on account of it raining and the fact that I was looking for a parking lot entrance and had no nameable street to work with. As soon as I realized my mistake, I contemplated making a U-turn before a Louisville squad car I caught in my rearview mirror suggested otherwise. Instead, I turned left at the next street and then kept on driving until I could find the main thoroughfare to formally (and legally) turn on. I was heading back to 15th street to start over when my daughter exclaimed, “Look, there’s the dinosaur!” After a few moments, I finally saw it myself and figured out exactly how to get to it.

I’d heard horror stories about it being in disrepair but, all things considered, it looked pretty good. Unlike the duckbill at Brookfield Zoo, that’s protected by a fence, you could walk right up and pose with this one. It sits outside an industrial building and I noticed an employee eating his lunch in a car nearby. I can’t say I enjoy being “observed, but finding this dinosaur was a long time coming so I just pretended they weren’t even there. 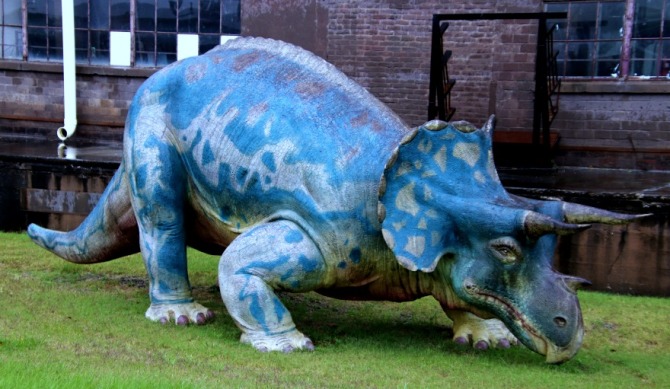 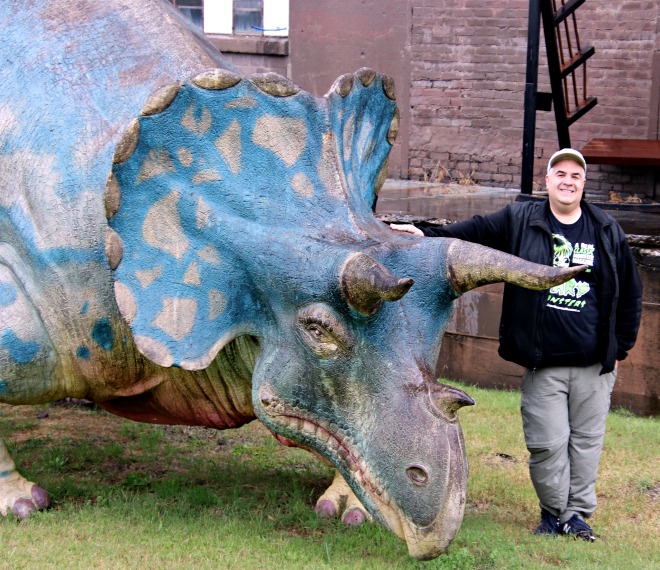 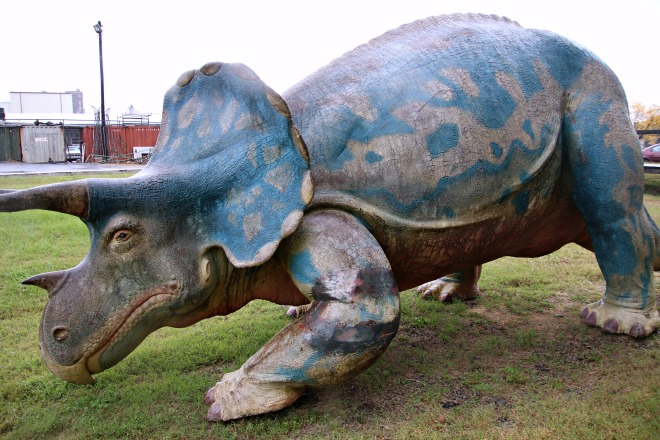 The main damage I observed was its left foreleg and tail. There was evidence the leg had been broken and then repaired.

The tail, the other hand, remained damaged. 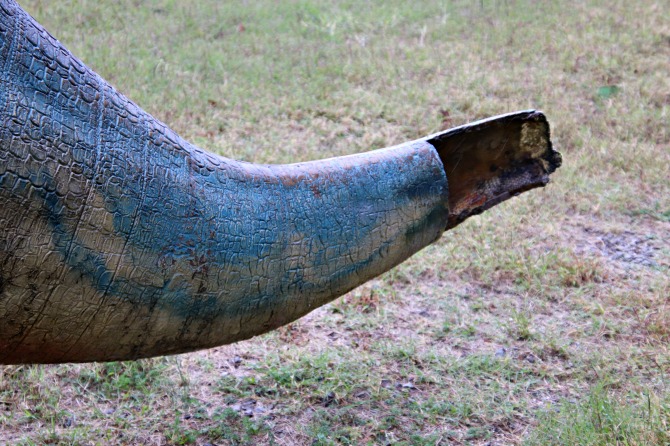 With nine NY World Fair dinosaurs scattered (and one stolen), I was now halfway towards my goal. Perhaps somewhere closer to home in that fine city to our north, Milwaukee. Home to a very special Struthiomimus. 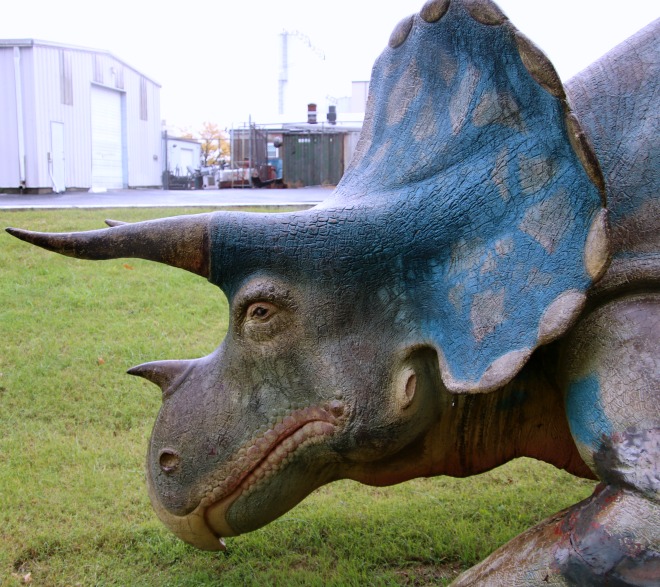