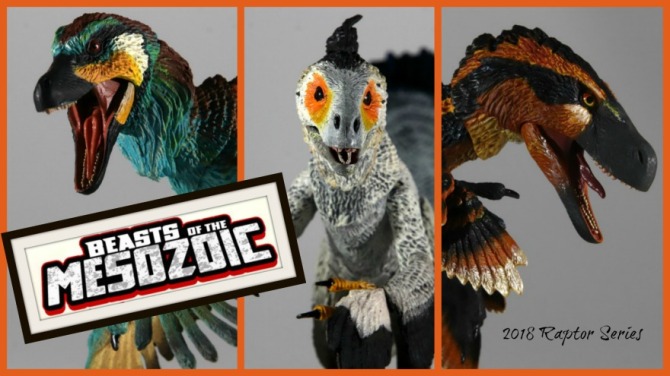 Although I’ve always been fascinated with dinosaurs, it wasn’t until the summer of 2016 that I’d start collecting models. I was traveling through the Southwest and stopped off at the Dinosaur Track Museum in St. George, Utah. As I shared in my coverage of the museum, it was their gift shop that opened my eyes to just how far dinosaur “toys” had come along since the days of my Marx playset back in the ‘70s. They even featured some of the figures from Safari Ltd., CollectA, PAPO and Schleich alongside their fossil replicas to provide guests a handy visual of what the animal looked like in life. I thought this both clever and economical – especially considering how much attention to accuracy these companies put into them. In this regard, there are few that can match David Silva’s Beasts of the Mesozoic raptor series. At the time I began collecting, they were part of a Kickstarter campaign that saw fruition this past spring. This past summer, and exactly two years after my trip through the Southwest, these gorgeous pieces finally made it to my door. 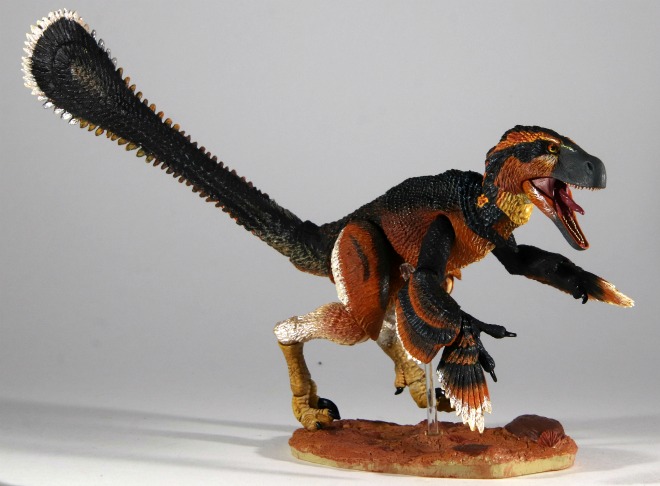 For economic reasons, I wasn’t able to participate in the Kickstarter campaign but, thanks to following Everything Dinosaur on Facebook, I was alerted to their availability and order the bulk of their collection (sans Kickstarter exclusive) nonetheless.

The packaging was amazing and, considering most models aren’t wrapped in anything outside a tag, an unexpected bonus. Of course, that also put me in that age-old nerdy dilemma; “Do I take it out, or leave it in the box?” Buying one in the box and another for display wasn’t an option for me economically so I opted for the latter (though I carefully tucked the box away for safekeeping. Indeed, these raptors were designed to be handled and to not take advantage of their incredible articulation would be criminal. 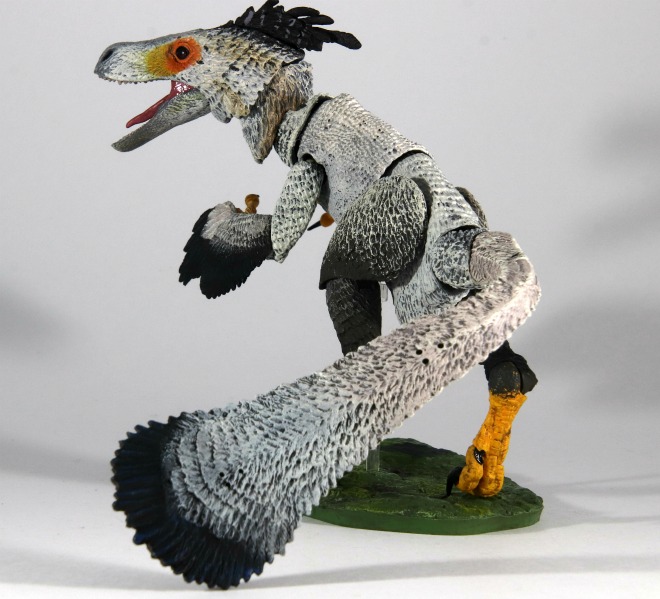 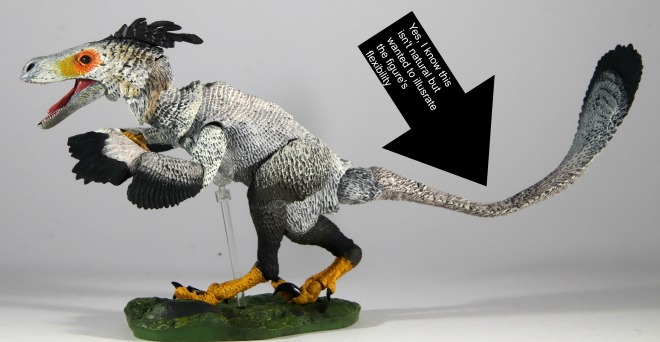 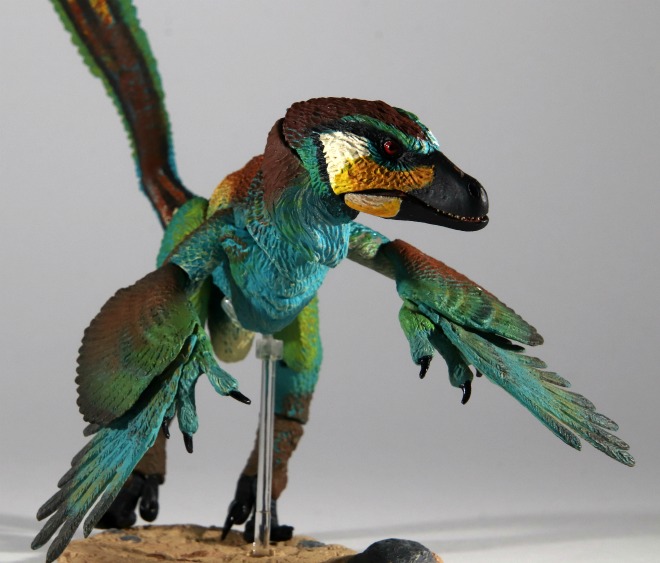 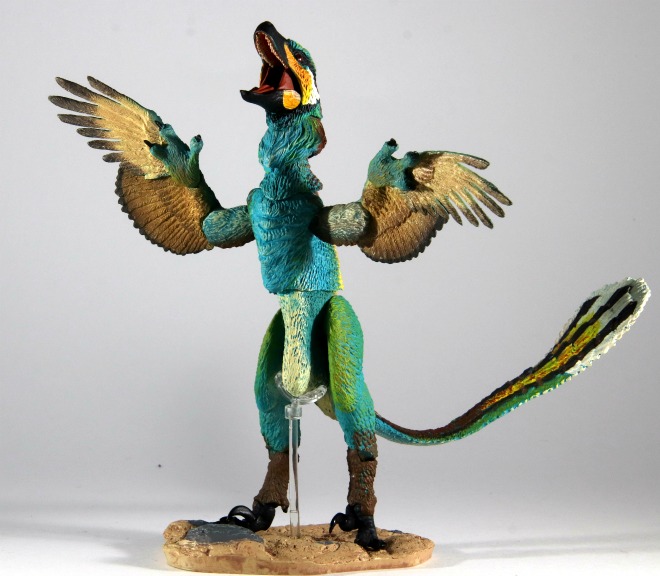 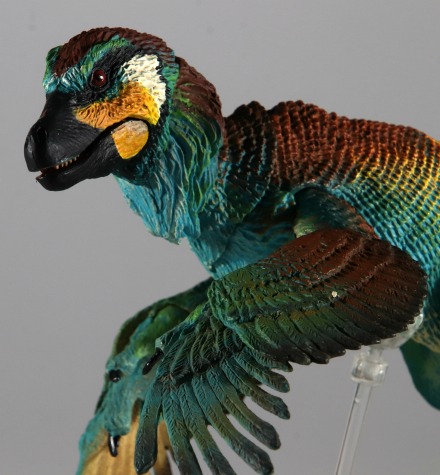 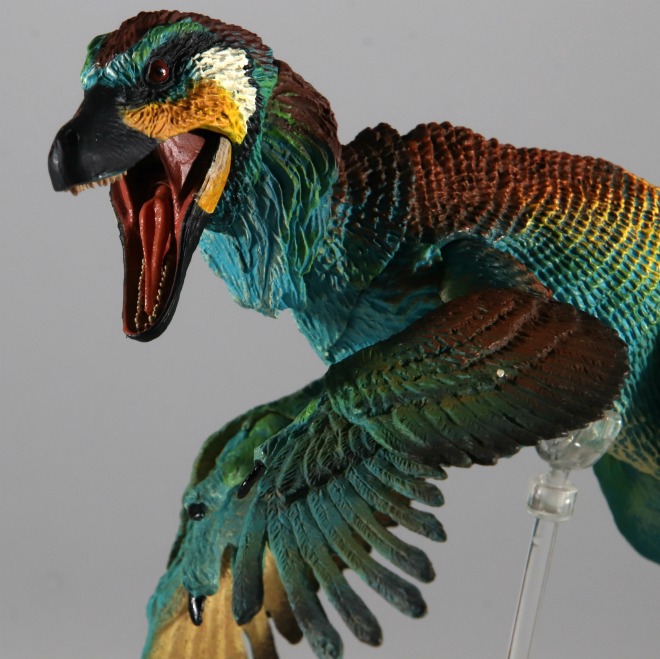 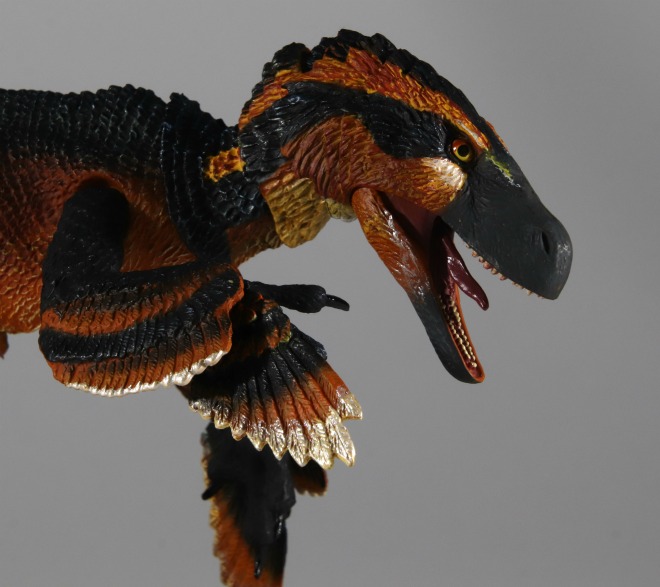 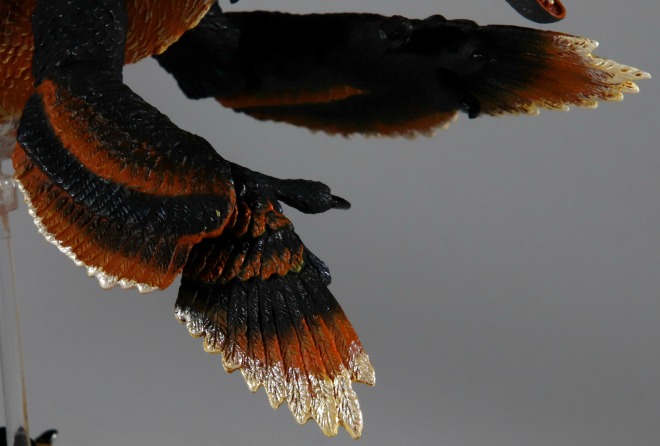 My only issue with them being so poseable is that it gives them a sort of “marionette” look. However, this is more than made up for by the phenomenal detailing and stunning color choices – all inspired by living birds. The bottom line – store the packaging somewhere safe but put these figures on display where they belong! 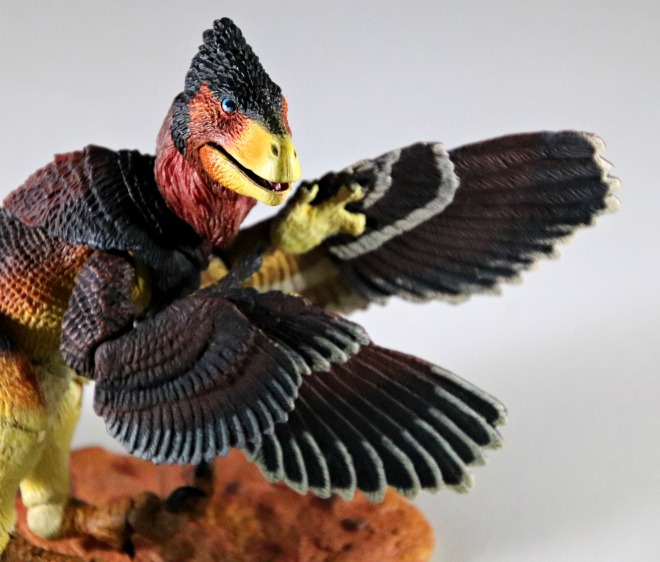 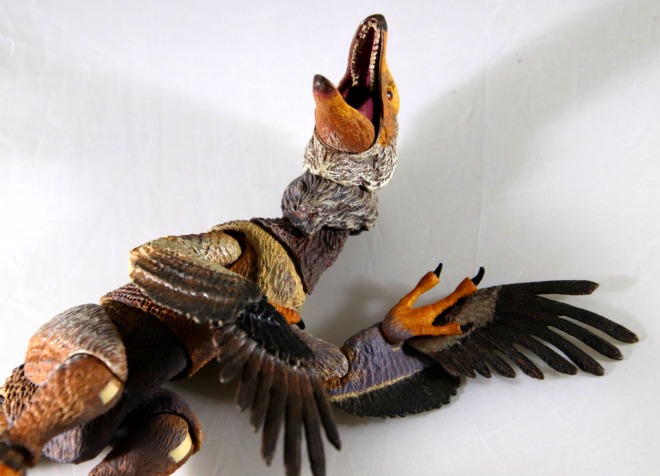 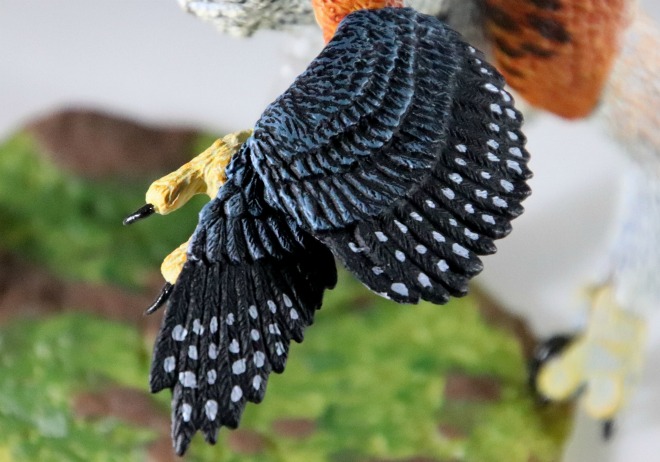 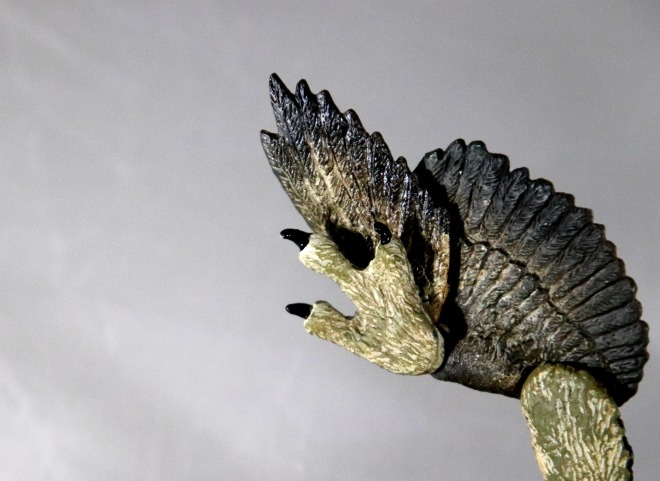 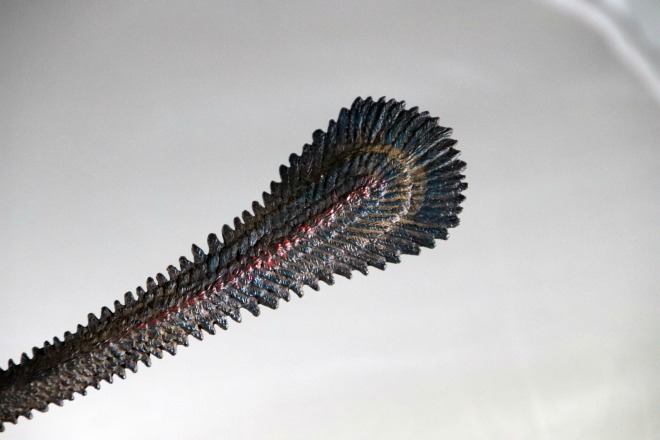 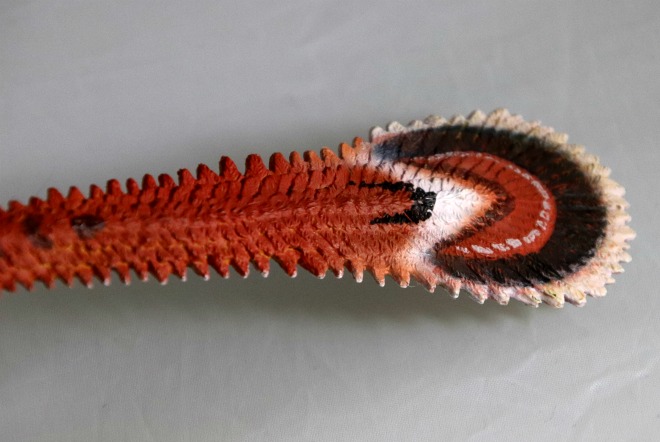 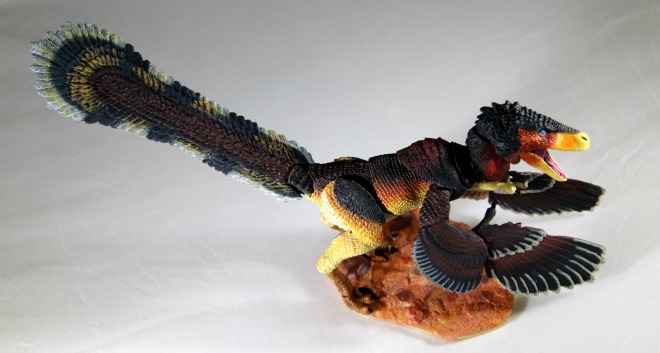 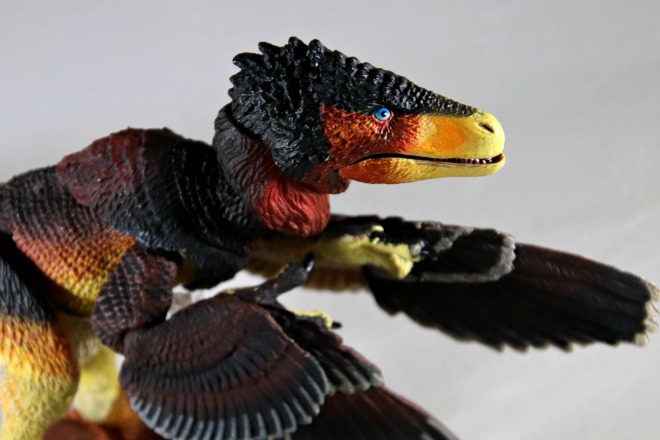 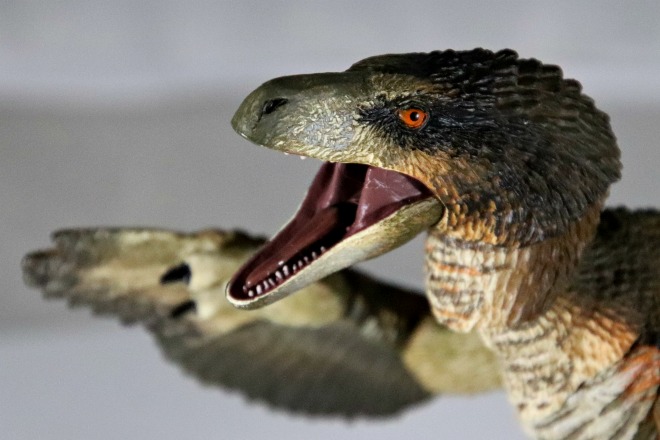 Silva is now working on a line of ceratopsians which really has me excited. Some of the early photos I’ve seen are just stunning. One thing’s for certain…I’m gonna have to put in a lot of overtime in 2019!